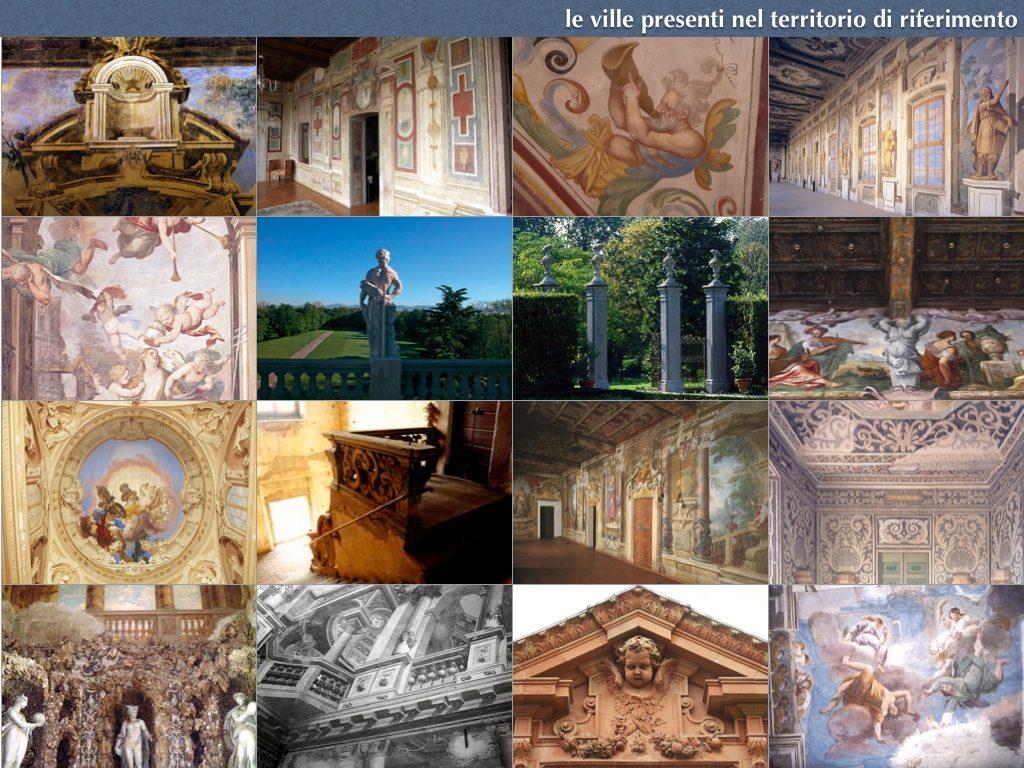 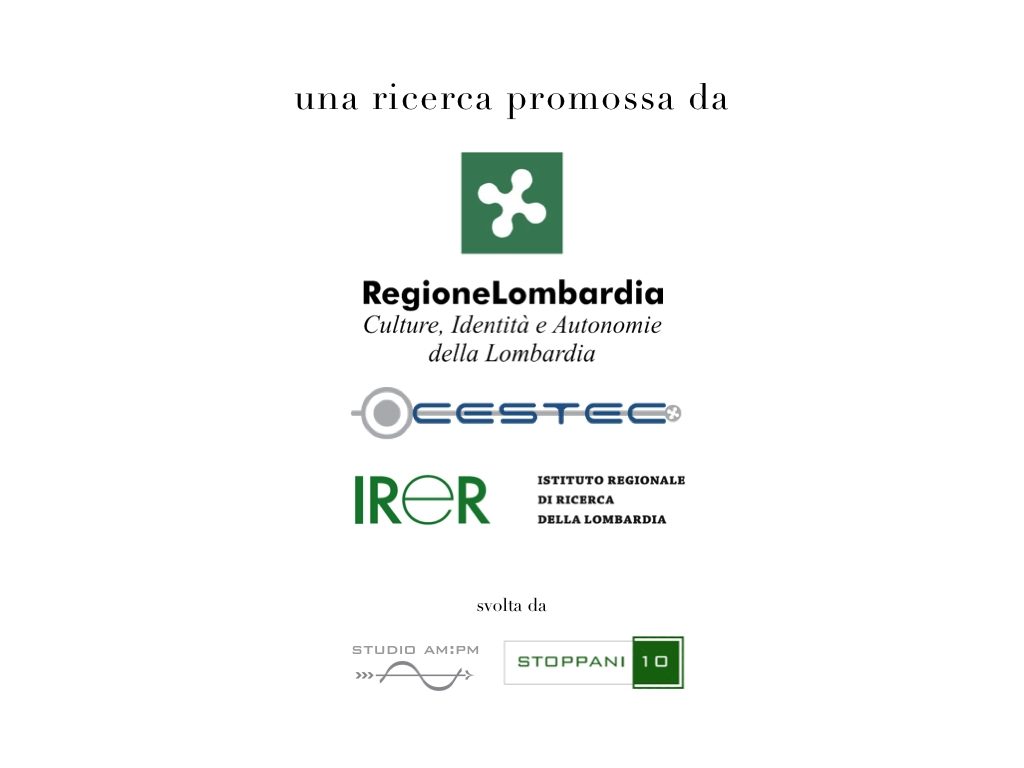 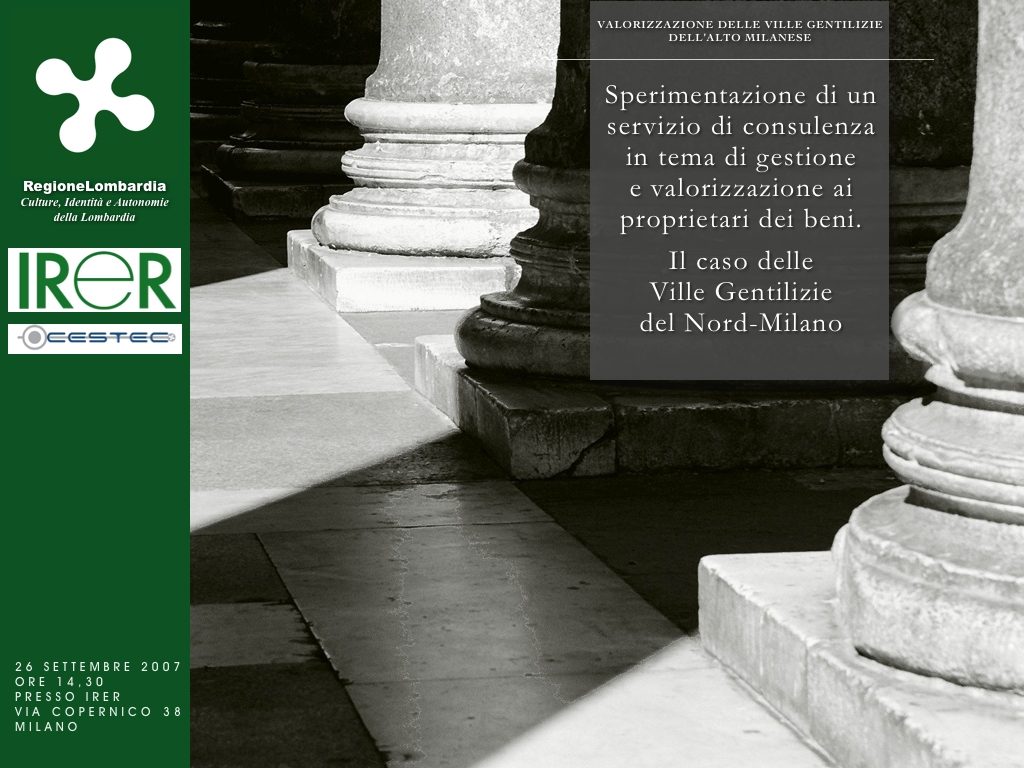 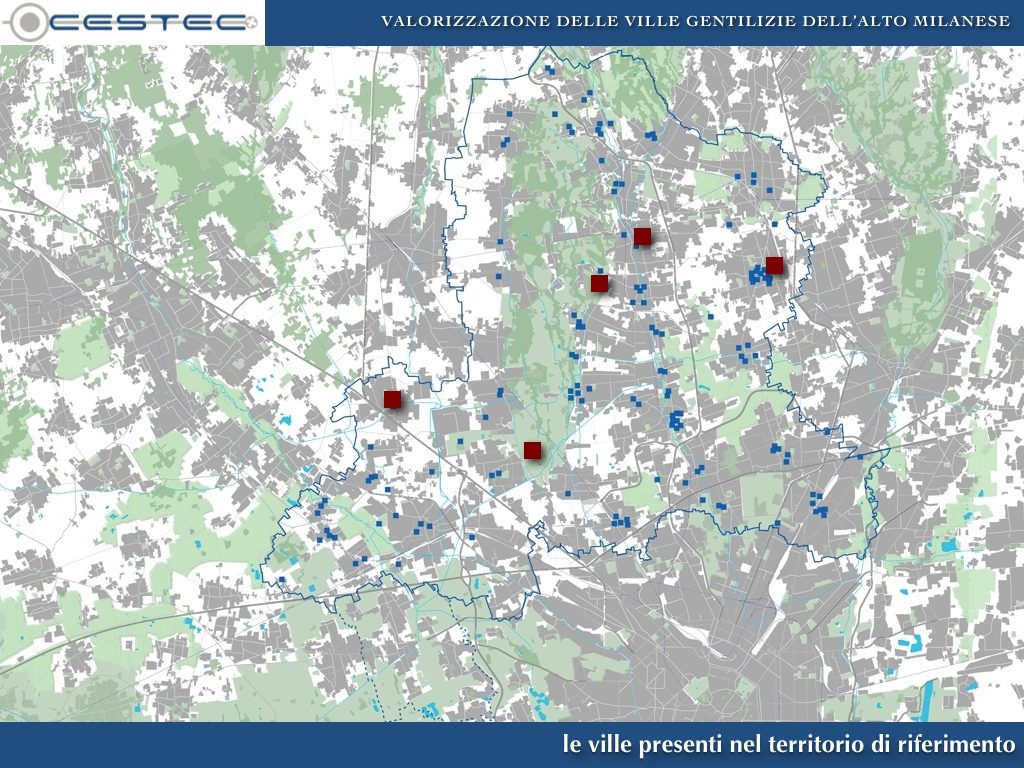 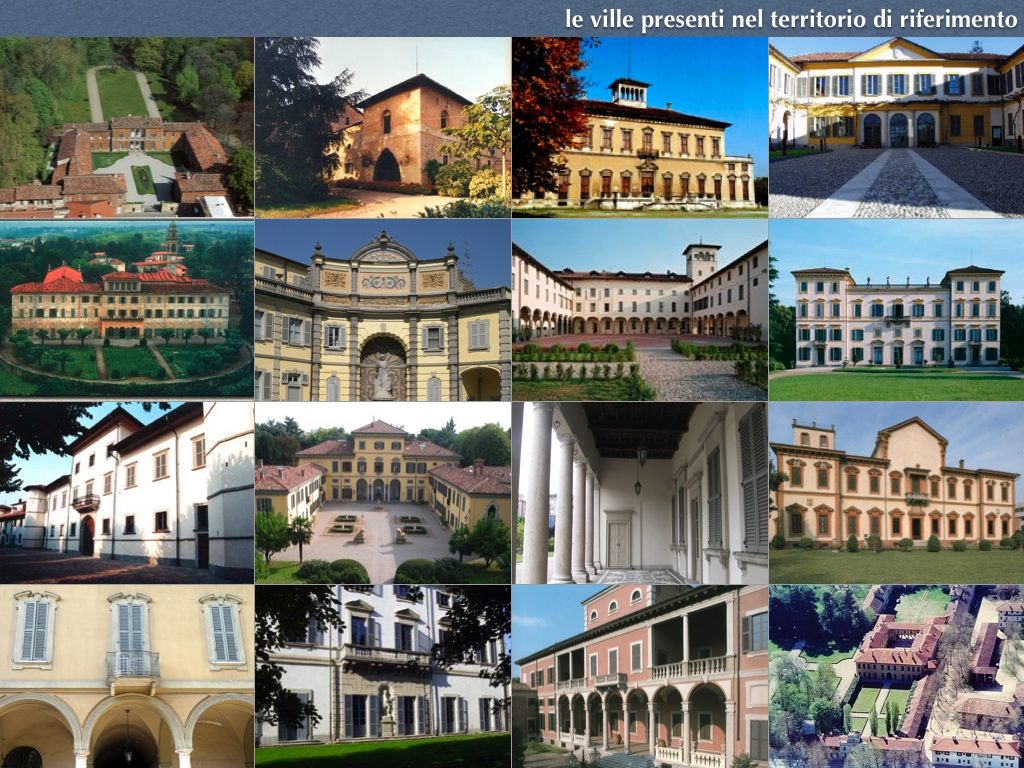 The work is part of an initiative promoted by Regione Lombardia about the implementation of the “Cultural Heritage Valorization” (OGR 2007) and further specifications, on the particular field of the interrelated research led by IReR and Cestec, aimed at defining a valorization hypothesis on the noble villas of the northern Milan area heritage to be implemented through the creation of an integrated cultural-fruitive system. Five outstanding references of Altomilanesi villas architecture were taken as focuses over the theme: Villa Visconti Borromeo, Litta - Lainate, Villa Arconati - Bollate, Villa Crivelli Pusterla - Limbiate, Villa Arese Borromeo - Cesano Maderno; Villa Tittoni Traversi - Desio. The research was then divided into the following phases and oriented toward the following objectives: Phase I: Preliminary to the proposed integrated cultural-fruitive system and its management model, the main aspects related to the context have been analyzed, highlighting in northern Milan area the consistency and distribution of the physical system of the villas, as relevant and conspicuous goods ensemble, as well as their current function. Phase II: The second phase of the research attempts to define the specific areas where the value of the territory's resource represented by the villas themselves would be appreciable. The survey is followed by some considerations aimed at underlining connected aspects to the various implementing strategies that can be operated starting from the different typical values of the villas (cultural-functional, touristic appeal, design, etc.). Some references regarding national and foreign experiences brought useful suggestions from both successful and interesting experiences related to the same topic. The last part of the process includes notes related to performance criteria that the new functions settlement must be satisfied by the villas according to their possible compatible reuse. Phase III: The study materials examined include the initiatives undertaken by the owners of the identified villas. The different history of the renovation and enhancement of these monuments has been summarized in order to allow an easier comparison between experiences, the problems and the achievable goals, also evaluating the homogeneity and peculiarity of each case with a bigger view over the possible constitution of the system. On this subject, the outcome of the feasibility studies and projects that the single owners elaborated gains particular significance and they are compared according to the possible definition of a system of a whole. 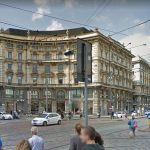 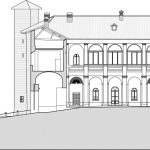